Basically, the problem with the current CP4 in the LML series, is it's prone to failure due to the new fuels with a lack of lubricity or contaminants, or cavitation when it's run dry. When the CP4 fails, it "grenades", basically blows up the internals, and sends fine metal fragments through the FPR to your fuel rails and on to your injectors. Contaminates your fuel system and requires a major fuel system replacement to the tune of $8 - $10K.
Varied responses on when it occurs and what factors cause it to occur. Some at 100k+ miles others below 50k. Not sure of what percentage of LMLs have this failure, but whatever the real number is, it would totally suck and leave you, and perhaps your trailer and family, on the side of the road at the most inopportune time.

Do a search on LML CP4 failure, there are detailed articles on this topic that are much more in depth.

I have not experienced this failure but I've personally known a person with a CP4 failure. From what I've read, it gives me enough worry to buy this new FPR in hopes of mitigating a CP4 failure until I decide what to do with the fuel pump. I may push forward with a CP3 swap at a later time. For now, I just put this in to mitigate a big failure.

Talked to the Exergy rep and he explained that the CP4 FPR has a single screen with an 80 micron filter. The Exergy FPR has dual 20 micron screens to catch metal debris and prevent it from getting to the rest of your fuel system.

Props to CDMax16, he bought the same part and installed it in his 2016. I basically did the same install we did before but I took some pics to help anyone wanting to install this. Total time was about 1.5 hrs.

It's really not that bad of an install. Just take your time and walk through removing parts until you get to the FPR.

One tool that really helped was a DeWalt 6 inch Torx T25 bit. Once you remove enough to get to the FPR, this gives you the reach to get to the two bolts. The rest of the tools are pretty standard. 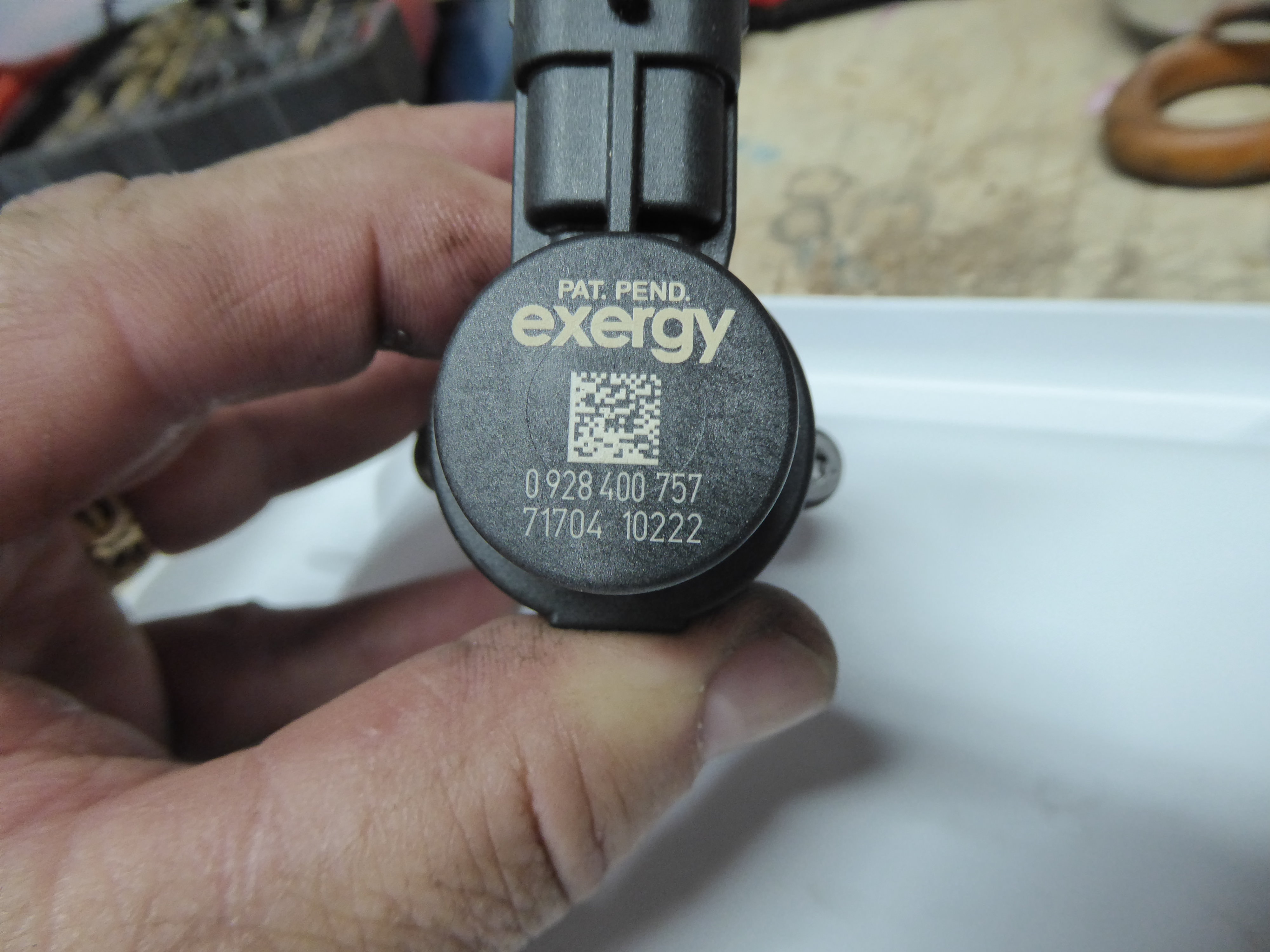 First, unseat the belt from the A/C compressor. You all know how to do this.

This is all on one electrical harness:

Pull the electrical connectors from the A/C compressor radiator line.

* note, you may want to drain some coolant out of the petcock of the radiator before you do this. Or just deal with any dribbles. I caused more leakage whenever I leaned against the main 2" radiator hose by mistake.
Orezona likes this.
2015 Denali HD
Airdog II 165 Lift Pump
RC Leveling Kit
Toyo Open Country AT II
Exergy FCA / MPROP
Edge CTS2
Fragile CP4
shortnugly is offline
Quote Quick Reply
post #9 of 152 (permalink) Old 04-27-2018, 09:22 PM Thread Starter
shortnugly
Senior Member

Join Date: Jan 2010
Posts: 260
You can pull the A/C compressor pretty much at any time after you disconnect the wiring harness. I coulda shown this pic earlier in the process.

4 bolts and it's free. Lay it over to your left on the passenger's side of the bay. You can see my cheater bar on the belt tensioner.
Orezona likes this.
2015 Denali HD
Airdog II 165 Lift Pump
RC Leveling Kit
Toyo Open Country AT II
Exergy FCA / MPROP
Edge CTS2
Fragile CP4
shortnugly is offline
Quote Quick Reply