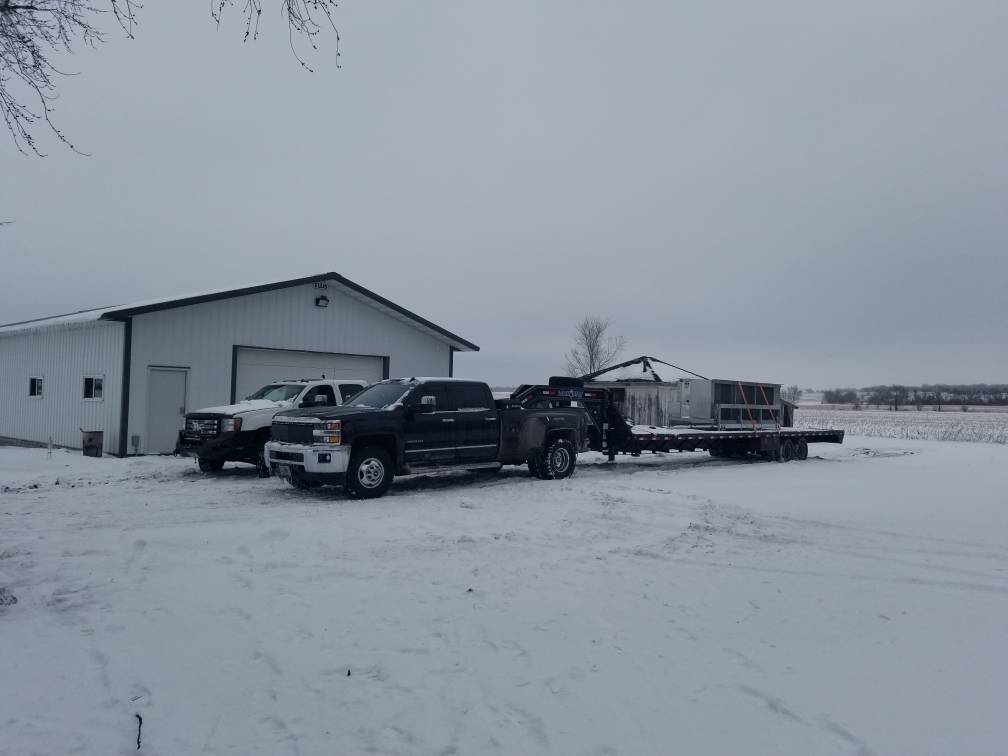 Join Date: Oct 2008
Location: groveport, ohio
Posts: 19,056
Quote:
Originally Posted by TDavis1992 View Post
@kowclub173 Fun started right away this morning, had to go pull his truck and trailer out of his yard

How bad was he stuck?
We hooked his truck to mine with a large ratchet strap.... no throttle required lmao

Lockup had been slipping for a while. 6th gear lockup on the highway I could lay into it and watch tach jump about 100 rpm. Finally got bad enough for him to replace it.

How bad was he stuck?

Truck was barely stuck. Coulda pulled it out with my 1/2 ton. But I knew getting trailer out woulda been a whole other story.... bald 19.5s on snow covered ice = no go 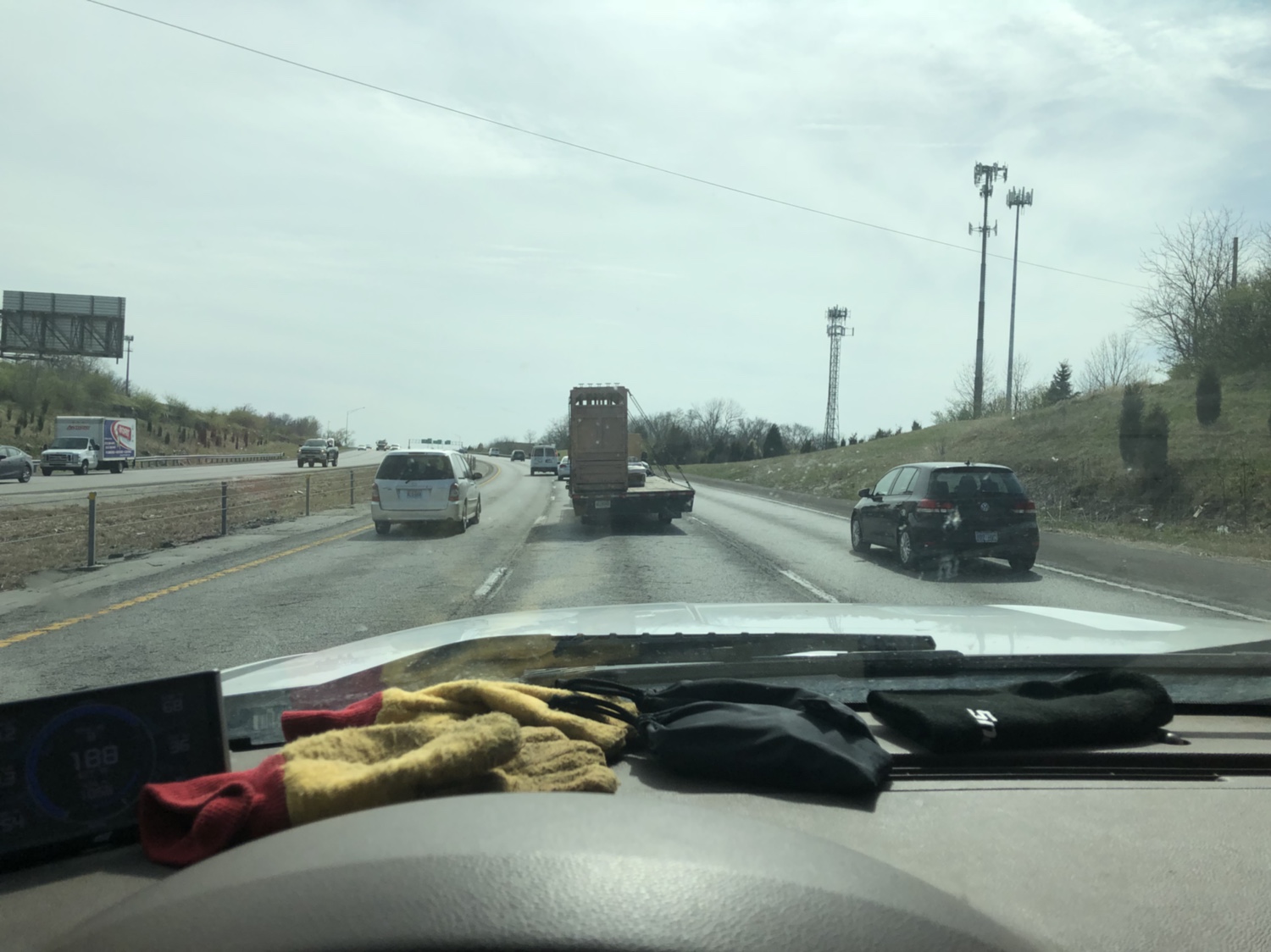 
Join Date: Apr 2017
Posts: 16
First, let me say that I dont want to hijack this thread and turn it into a huge political debate. If you want to (or want me to) start a new thread on politics let me know.

Ive taken the time over the past 4-5 months to read the entire thread from page one. Ive found it mostly very interesting, sometimes educational, sometimes shocking (some of the breakdown situations) and from time to time puzzling.

I noted a few pretty strong anti-Obama comments a few hundred pages ago leading up to the election. Surprised, but understood that many of you come from deep red states and probably bear a fairly strong anti-Democrat opinion. While I consider myself generally liberal I cant say I agree with all of their positions eitherno open borders, no no human is illegal position, against my own citys sanctuary city position and some others. But I also think that the far right is just as unpalatable. Our country was never intended to be a Christian theocracy. So Im either a conservative liberal, or a liberal conservative.

But the pic Kow posted of the Obama toilet paper forces me to ask the questionjust what was so god-awful bad about his presidency to warrant such disrespect to a man who was elected to the office twice? Especially compared to president Trump, who has failed to deliver or changed position or otherwise held himself completely un-accountable for failing to live up to his promises?

For example: Wheres our beautiful, big border wall? Ahd who's paying for it...Mexico, or OUR military (and who do you WANT to pay for it)? Where is our replacement for Obamacare that was promised w/in the first year of Trumps presidency? Where is my post-card sized tax return form?

Obama never bragged about grabbing women by the genitals. Closest he came to any sort of sex scandal was his association w/Harvey Weinstein.

Obama won the 2008 election by roughly 10 million votes over John McCain. Won the 2012 election by roughly 5 million votes over Mitt Romney. Trump LOST the popular vote to Hilary by roughly 3 million votes but won the Electoral College vote. And if there were 'millions' of illegal votes cast for HRC...how? 1,000,000, divided by 60 (a rough average of passengers on a tour bus) = 16,667 buses on the road transporting voters. That didn't make any news anywhere? News reporter: "John, I'm here along route XX as a caravan of 25 buses heads over the state line to XXX for voters to cast their 2nd or 3rd ballots for HRC. The caravan was organized by..." It just didn't happen. Who paid for the buses? The fuel. The food for all those voters...who paid the voters themselves? Here in my county, all voting is by mail. Who arranged to get all those early-voting ballots so they could be mailed in on time? The practicalities of rigging the election to that extent just don't map out. Was ANYONE of this board contacted to 'help cast an illegal vote' for Hillary? Anyone??

Obamas aides never had to say Its not policy, its social media. You know the difference, right? as Sebastian Gorka stated on why people should not take Trumps tweets seriously.

Obama could be generally taken at his word, unlike Trump, whos being defended by Ohio Representative Jim Renacci, by saying Lets not judge the president by what he says when referring to reports that Trump called Haiti, El Salvador, and Africa sh!thole countries. Dont forget, Africa is a continent, not a country.

Obama never had a former FBI director, a man he (Trump) once called brave and strong (after Comey re-opened the FBI investigations into the Clinton e-mail servers), now calling him (Trump) morally bankrupt.

Today (Apr 16) as I write this, Ive just read a report by Anita Kumar with McClatchy Washington Bureau. She illustrates how 8 different Trump-owned businesses have received payments from political groups and federal agencies since 2015. The payments have totaled $15.1 million or more, based on records obtained by Public Citizen. In 2013 and 2014 the spending was less than $20,000. Almost 90% of the spending came from Trumps campaign. So, friends, if Obama had spent campaign funds to do business with companies he owned (if he owned any, which he doesnt), would you cut him the same slack youre willing to cut Trump, or would you call Trump the same thief/criminal/insert your pejorative of choice here that you would have called Obama?

Now, was the Obama presidency perfect? Not by a long shot. It disappointed me on many levels. He didnt make as many strides in bringing different factions of politics together as I hoped he would (except maybe in uniting disparate groups of conservatives against him). The Affordable Care Act did help lots of people get insurance who didnt have it before. But prices on some of the exchanges are un-affordable for many. People did lose access to their then-current providers. But I work in healthcare, and while there have been some unfortunate down-sides, overall Ive seen way more upside to the ACA. Sure it could be improved, no piece of legislation is perfect, especially at the beginning. The Ds and Rs could (and should) have worked together to keep the parts that are working, and fix the parts that arent.

When President Obama took office on Jan. 20, 2009, the Dow Jones Industrial Average (DJIA) slumped to 7,949.09, the lowest inaugural performance for the Dow since its creation. The S&P 500 and the Nasdaq took similar hits, dropping 5.3 and 5.8 percent, respectively. While the economic backslide may have seemed to indicate that the America public was less than confident in their newly elected leader, the dip was, instead, widely credited to a continued lack of confidence in the failing economy left behind by the previous administration. Under former President Bush, the stock market took a 2.3 percent fall on an annualized basis, reflecting the 1 percent increase achieved during his first four years and the 5.5 percent decline suffered during his second term. As of the end of Obama's two terms on January 20, 2017, the Dow Jones had more than recovered from its January 2009 slump, resting nicely at 19,732.40 for the day, more than double what it was on inauguration day. Read that again, ladies and gentlemenover the course of his two administrations, the stock market doubled in value. Anyone who has stocks in a 401-A, 401-K, 403-B or their own personal investments benefitted from that.

TexasRedNeck, youre driving an LML, built during the years 2011-2016. Right in the heart of the Obama admin. If things were so terrible under him, how did you manage to acquire that truck?

TDavis1992, you have a fire Obama avataryet youre driving a 2015 DRW 3500 HD. Same question as above, how did you pull off getting that if you were suffering so under Obama?

Faucet, you posted some comments as well (I made notes as I was reading thru the thread), yet youre in a 15 CCSB you bought in 11/21/14 according to your mini profile. 7 years into Obama, how were you able to afford that truck if you were sufferingsomuch?

And most importantly...how would your lives have been materially, measurably, substantially improved (compared to how they were at the end of the Obama admin) if someone...anyone, or even McCain or Romney would have been president?

As I said, Im not fully inebriated by the Obama cool-aid. He and his administration certainly had their faults. But really, Obama toilet paper?

What is it about Obama that fosters such animosity and hatred of the man? Was it really his administration, or was it more that you couldnt stand that there was an educated, articulate, well-dressed black man in the Oval office? Did that go so against your prejudices, so against your thoughts of what a black man should be that you just couldt even see anything positive in him at all, and could only feel hatred, prejudice and anger towards him?

A final thoughtpick any one thing Trump has said or done since hes been in office. Or during the election, that you gave him a pass on, thinking, well I can forgive that because hes fallible/human/just a guy. If Obama had said/done the EXACT same thing, in the same circumstances, would you have given him the same pass, and if not, why not? I want to know why you arent treating Trump the same way you would have treated Obama if he said the VERY SAME THING, or why youre not railing against Trump the same way you would have railed against Obama if he did some of the same things Trump has done. Why do you not treat them equally?

Hoping for some thoughtful dialog here, Im certainly keeping an open mind and am willing to listen to reasoned, considered thought on this.

Sent from my iPhone using Tapatalk
That was done to counter the crosswind to keep the trailer from flipping over.

Oh yeah what happens when the wind changes direction....

I thought they didn't have it secured enough and it slid over to the side.

Join Date: Nov 2011
Location: US
Posts: 5,744
Garage
Quote:
Originally Posted by TDavis1992 View Post
@kowclub173 Fun started right away this morning, had to go pull his truck and trailer out of his yard