How the pros are doing it

Joined Dec 19, 2011
·
1,027 Posts
Fleet operators with hundreds or even thousands of rigs and drivers have been focused for many years on reducing costs by smarter driving on the part of the operators. One tool that has been effective is tracking their arrival times and having drivers not arrive early for a loading dock opening. If the dock has the shipment scheduled for 3 PM then it is dumb to arrive a couple hours early and drive faster along the way.

Technology is helping in other ways to reduce fuel consumption for average drivers. Drivers with the same route and same truck and same load get anywhere from 6 to 10 mpg depending on the skill of the driver and for a company to save 65% on fuel costs is a very big deal. This article goes into more detail: 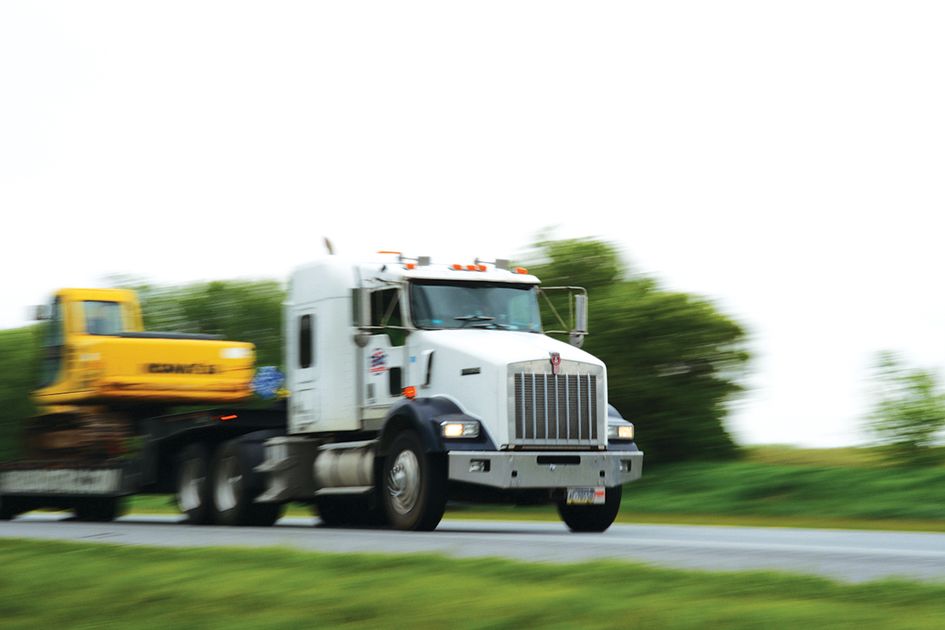 Engines Are Smarter Than You Think

Smart powertrains have made possible incredible gains in fuel efficiency, performance and safety.

Joined 10 mo ago
·
289 Posts
Pretty good stuff for companies that care. Unfortunately, many don't. Fortunately, those companies will slowly be weeded out.

I've hustled all day long to make a pickup or a drop just to find out it was all completely unnecessary. Really makes your day, especially when you were bending the rules to get it done.
► Show Full Signature
2012 3500 4X4 CCLB

Joined May 31, 2008
·
26,485 Posts
What I hate is, you hustle for hours, and gain some seconds here and there (they add up), only to get to a pick and they're shiite' ain't ready....not even close to being ready, and everyone but one guy is off to a late lunch. Earlier in the day, their staff begged for us to make it happen, "just had to be"......I pull out all the stops, and they bag me in the end.
(inset tune "Burning Bridges" here)

Hook'em_Horns! said:
What I hate is, you hustle for hours, and gain some seconds here and there (they add up), only to get to a pick and they're shiite' ain't ready....not even close to being ready, and everyone but one guy is off to a late lunch. Earlier in the day, their staff begged for us to make it happen, "just had to be"......I pull out all the stops, and they bag me in the end.
(inset tune "Burning Bridges" here)

If you imagine that the Aviation business is any difference..............let me dispell that misconception because it isn't..

Joined May 31, 2008
·
26,485 Posts
Very frustrating.....is an understatement.
I'm VERY good at what I do, pulling miracles out of my hat left and right to overcome all of the obstacles in my way.

Joined Oct 6, 2016
·
4,548 Posts
That is some excellent ETA calculation. I can't always do that and I don't have quite as many variables as you have to be dealing with on the road . For me it is often a matter of whether we can get there or not based on the weather conditions at the time.

Ive been at this a while so anyone who knows me, customers and pilots alike will say, if he can't get there nobody can. Im not alone in that regard but there is a cadre of us who are well thought of in our industry in the Gulf of Mexico..

The nice part about that is nobody is constantly second guessing the decisions I make while airborne. But it is Very Rewarding to arrive at a platform to pick some guys up andhave them tell me, "Man, we didn't think you were going to come today because the weather is so bad".

Joined 10 mo ago
·
289 Posts
Sounds like we all have quite a bit in common. I guess maybe I'm not that bad at what I do either. A guy from Utah (I'm in SE Kansas) called me a couple months ago and wanted to know if I could pick up a couple of large pieces of farm equipment in NE Missouri and bring them to SW Utah.

He said a good friend of his, my next door neighbor, had told him that if anyone could do it, I could. I thought wow, the pressure is on now. They were 32ft long, 14ft high, 10ft wide and weighed 12,500 pounds each. Too big to haul so I had to tow them. Wasn't so bad except for only having my truck brakes.

I guess he was satisfied, now he wants to know if I'll go pick something up in ND then grab another piece in eastern CO and deliver them too. Good thing about this hauling is when I pull in, there's a team of 3 or 4 guys that jump on unhooking/unloading me, the boss hands me a check and I'm turned around in less than an hour, even after some visiting.

Back on the original idea of the thread, I watched me right foot, planned my fuel stops and did right well on overall fuel cost, even after idling a couple of nights.
► Show Full Signature
2012 3500 4X4 CCLB
1 - 7 of 7 Posts
Join the discussion
Continue with Facebook
Continue with Google
or sign up with email
About this Discussion
6 Replies
4 Participants
Last post:
blythkd1 3 mo ago
Chevy and GMC Duramax Diesel Forum
A forum community dedicated to Chevy and GMC Duramax diesel owners and enthusiasts. Come join the discussion about modifications, towing, classifieds, troubleshooting, maintenance, and more!
Full Forum Listing
Explore Our Forums
General Discussion Introductions 01-04.5 LB7 Duramax Powertrain Exterior Off Topic Forum
Popular Communities