Joined Jul 6, 2012
·
18,034 Posts
I would get the one that would accommodate your skill level and your projects

And I won't have my own little metal shop, more or less garage projects,.....

But will the lesser power slow me down a lot... :thinkk

Who ya think did all the little shop projects at work

jwcgmc1985 said:
Wife is buying a plasma for CHRISTmas

Could I get away with this $800 Hobart, or should I spend the extra $530 and get the bigger and badder one?! She said she bought my welder from northern so if we go back, I'll stick with the same brand since I haven't had any issues..

Anyone in here with plasma experience? The two we bought for work were both around the same price as the higher one, but we're made by thermal dynamics (radnor cutmaster 52)

Without clicking the links and seeing Hobart I thought for a moment you were going to cook and feed the homeless for CHRISTmas and buying one of these..
-
-
- 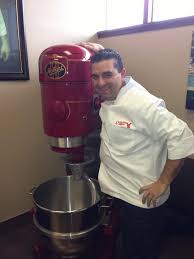 But when trying to get a bigger tire to work in a smaller opening, that's when it's better :rof

Asked my cousin to look at them and give his opinion
Click to expand...

C20ELEPHANT said:
Without clicking the links and seeing Hobart I thought for a moment you were going to cook and feed the homeless for CHRISTmas and buying one of these..
-
-
-

:rof how ya come up with that :rof


Eriehunter said:
Big or small thick or thin Vaseline will get it in Bahehahaheha
Click to expand...

Those machines are manufactured by HOBART, had to move one out of a burnt restaurant years ago and about 500lbs. would be a safe bet on the weight

I was thinking about this one. Not as well built as the thermal arc but for no more than I use it....

He was wondering if he bought a nav unit from that time period, would it be a simple plug and play? I figure he would need some nav antenna but I could be wrong...


I told him to go aftermarket so you could get more features and options, but it blows having to run a GM Interface nono

Wonder if I could use mine in his and upgrade :thinkk

Told him I would ask you wizards

Who ran your numbers?!