Joined Oct 7, 2008
·
2,585 Posts
Well, I did it... I've convinced myself that the Donaldson DBL7483 is the way to go for Duramax oil filtration. It wasn't easy, but after viewing nearly ever oil filter made for the Dmax and all the lies and inconsistencies in these "consumer grade" products... I made the jump to professional grade products and ended up with the Donaldson (over the CAT filter)... and here it is. 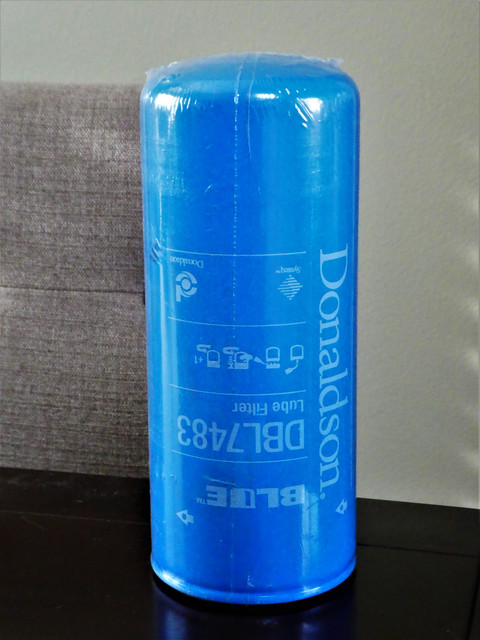 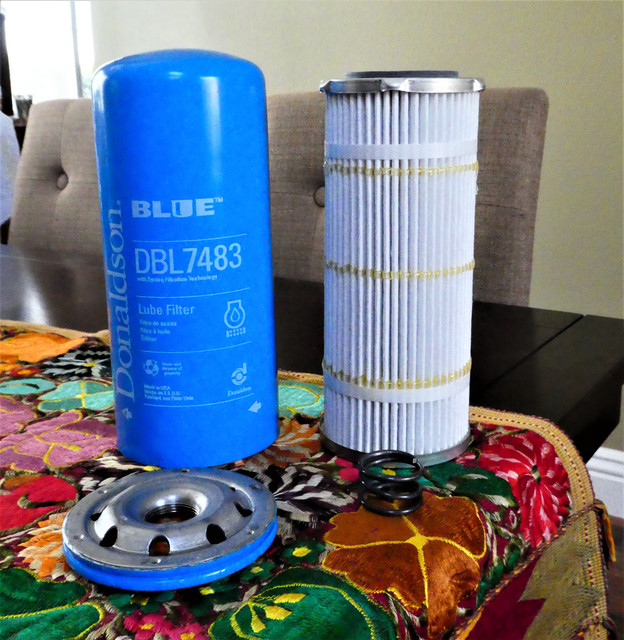 It comes wrapped in a heavy plastic wrap, much thicker than the consumer grade wraps. Cutting this thing open was extremely difficult, even with my filter cutter! Once inside its very basic, just the element and the assembly parts. In ALL the Donalsdon literature they show the media as being "Blue", it was kind of a bummer to see it "White". 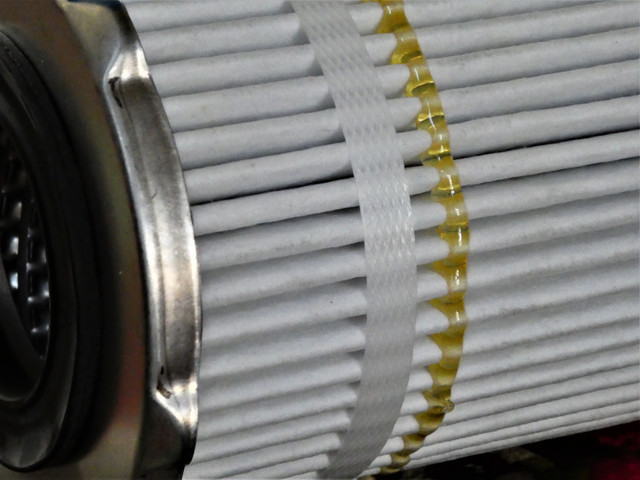 It appears to be the same "terrycloth" looking filter media I found in the Amsoil EAO 52 oil filter, but at a slightly lower micron rating. Donaldson and Amsoil have a well known relationship, and it looks like this filter media is found in both products!

As for the element itself, it's constructed PERFECTLY. Not a single pleat is out of place, no glue , no rust, no mess.... It borrows those 'Locating Tabs" as seen in the Fram filters to locate the element perfectly in the can, and has a louvered center core to protect the element media from tears or abrasion. There is no way to improve it ! 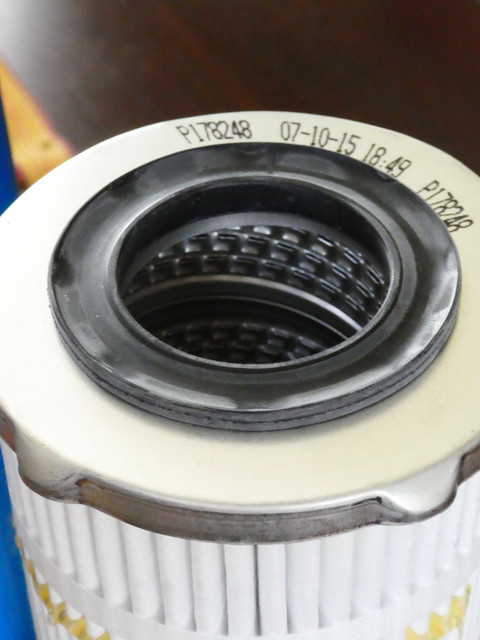 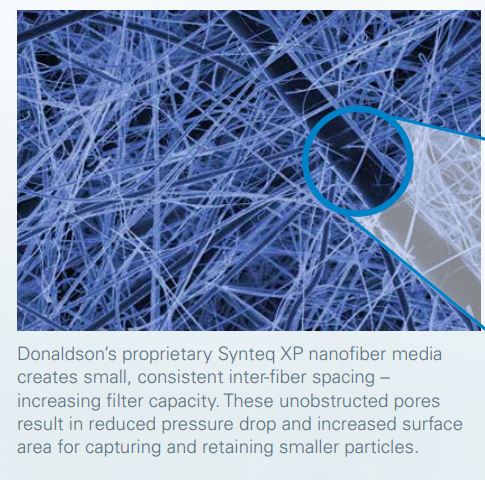 The media is synthetic which offers the highest possible flow rate while being able to catch the smallest of particles.
The micron rating is 10 Microns at 90% and 15 Microns at 99.9%.Outstanding!

The huge media area combined with the high flow means the bypass valve is not needed. 100% of the oil sent to the filter gets filtered...100% of the time. This played a big factor in my decision.

Installation is slightly different from my LLY. The LML filter mount nipple has a hex portion made into it. Simply unscrew the original nipple with a 15/16" socket, and screw in the new one. The swap takes 30 seconds... 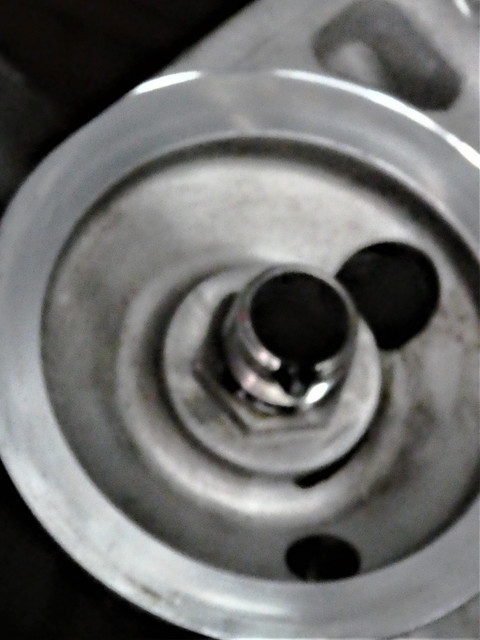 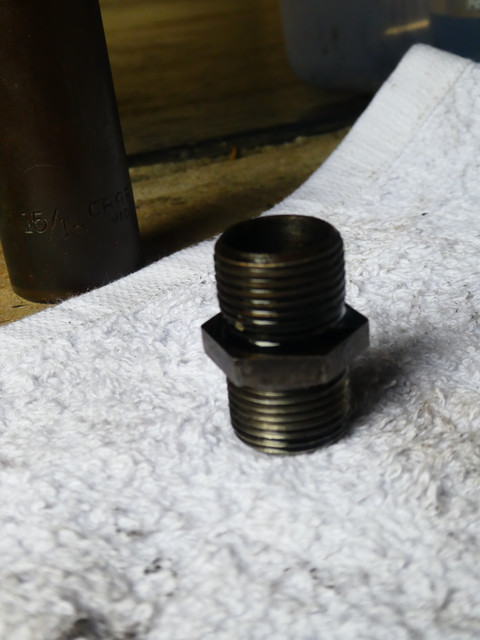 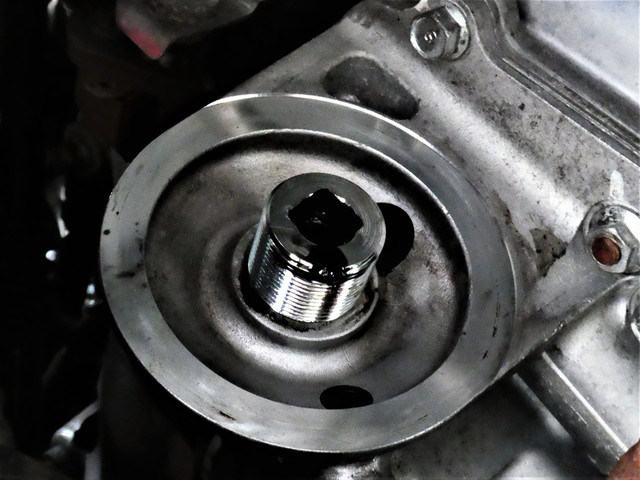 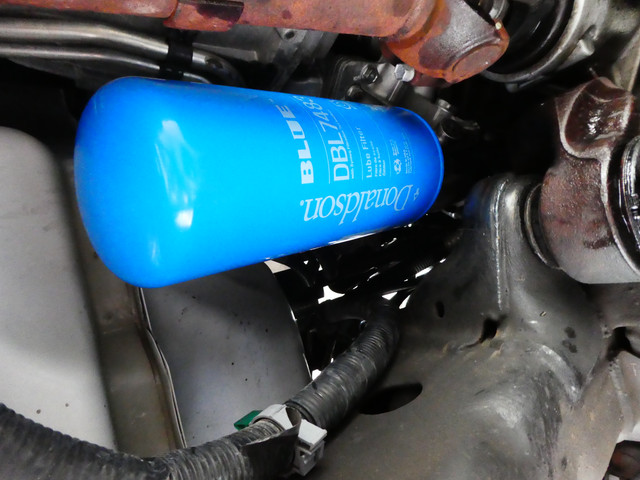 I'm going to run this deal through TWO DIC countdowns ( aprox 15,000 miles) and send the oil in to Blackstone for a check up. I know the oil should be good, and with the huge area of the filter, I'm pretty sure it can make it too. After swapping filters, I needed to add 2.5 quarts of oil to bring it back to FULL. Adding volume to system is always a good thing.

So there ya' go..... Make your own decisions based off all of this. For anyone thinking about doing one of those Amsoil dual filter mounts ( 1 full flow, 1 bypass) ..this Donaldson deal offers nearly all the benefits for a fraction of the cost. For anyone who wants to keep a OEM style filter like the Baldwin... that's great too, especially if your still under warranty.

The mounting nipple is $16 on Ebay, and the filter is available everywhere for about $18. ( I put the OEM nipple in my glovebox, in case I'm in the middle of nowhere and need to swap it back)

Joined Apr 5, 2014
·
587 Posts
Thanks for your work on this subject. Just curious is there a special adaptor needed to use these filters on our trucks? Sorry for the question I just am nit that well informed.

Black HD said:
Can you add the part # for the nipple as well.
Click to expand...

I just finished dinner, and pulled my truck out of the garage. I have over 100k miles on the LML, and know the truck very well. I have never seen the oil pressure this high before! 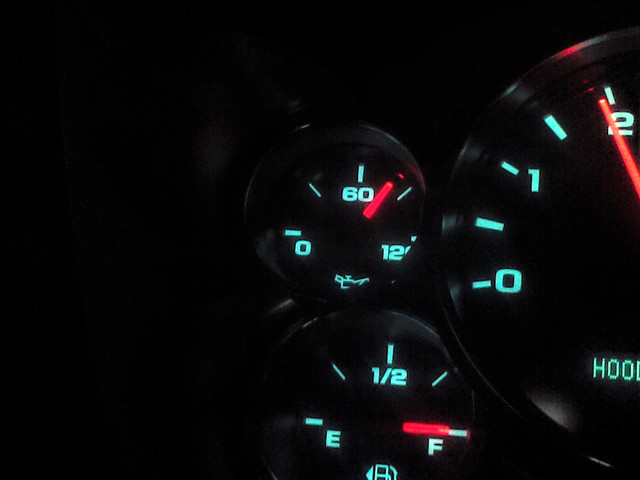 The ultra low restriction of the Donaldson synthetic media PLUS all the added surface area has made a big difference in the filter pressure drop, when compared to the M1-303A.

Another win, for Donaldson.
J

Joined Jun 3, 2017
·
798 Posts
I have one more oil change using Amsoil and Donaldson filters that I purchased a couple of months back. I did just order the adapter and will make the swap over to the larger filter next time.

The description says it installs with a 1/2" socket. Is this correct and how much torque did you put on it when installing it?
► Show Full Signature
2004.5 Silver Birch Metallic GMC K2500HD
18 Denali CCSB 2500 4WD Mineral Metallic with Cocoa/Dark Sand Interior

jlawles2 said:
The description says it installs with a 1/2" socket. Is this correct and how much torque did you put on it when installing it?
Click to expand...

The adapter is broached to accept a 1/2" drive ratchet. I put the adapter in the freezer overnight before installing.

Then thread it in until it bottoms out, and then I gave it a final "Umph".

Joined Jun 12, 2014
·
576 Posts
So this bigger filter seats and seals well to the oil filter mount? That would be my only concern. Because it is a slightly larger diameter, correct?
► Show Full Signature
2011 LML Silverado 2500HD CCSB Z71, Leveled, Bagged, AFE DFS780 Lift Pump, B&W Companion.

1. possibly put a little blue loctite on the threads to make sure it stays put?

2. has anybody verified if this works on the L5P?
► Show Full Signature
NATE

Yes, cold thick oil makes a bigger difference in the "Filter Pressure Drop". Once its warmed up, the pressure returns to normal.

Its amazing that a filter media designed to a smaller micron rating, will flow more oil.

eli_harper13 said:
So this bigger filter seats and seals well to the oil filter mount? That would be my only concern. Because it is a slightly larger diameter, correct?
Click to expand...

Its much larger in diameter.... and the rubber gasket just barely hangs off the edge of the stock filter mounting pad.

This does not appear to be an issue.

1. possibly put a little blue loctite on the threads to make sure it stays put?

2. has anybody verified if this works on the L5P?
Click to expand...

1.The stock nipple has no loctite. The instant you break it loose, it just unthreads with zero effort.

2.The L5P takes the same filter as the earlier D-Maxs, so it should work as long as GM did not alter the filter mounting pad.

WOLFN8TR said:
I take it this will also work on the LMM with the same adapter?
Click to expand...

or.... a straight nipple you need to pull out with a EZ out, or something similar.

Either way, the instant it "breaks free"... it unscrews with zero effort.

I take the new nipple and put it in the freezer to get it nice and cold, and then screw it right in with a 1/2" drive ratchet.....

Joined Mar 12, 2019
·
132 Posts
So In the end best filter choice has NO Bypass ; lol after all the talk about bigger bypass valves, so glad you kept looking and kept open mind! We should all be that way; look at the info you have make the best choice can but always keep mind open to new info and never be afraid to change mind if new facts come to light. Thx
► Show Full Signature
2003 Silverado 2500hd 6.6 w/Allison, 4” mbrp turbo back exhaust, autometer boost and EGT gauges, Toyo open country m/t. Bed rug, Bakflip folding bed cover.

New2diesel2003 said:
...the best choice can but always keep mind open to new info and never be afraid to change mind if new facts come to light. Thx
Click to expand...

Well, Mr. Wizzy laid some knowledge on us, that the filter mount has its own bypass inside, to flow oil around the filter if it gets clogged or if the oil is too thick to flow through the element.

If I lived in North Dakota, I'd probably still run the Baldwin with its nice bypass feature, just to make sure everything gets oiled properly until the oil warms up.

Winter in Orange County is pretty mild. 50 degrees is all it gets, so going with a full flow ( no bypass) filter is possible.
1 - 20 of 210 Posts
Join the discussion
Continue with Facebook
Continue with Google
or sign up with email
About this Discussion
209 Replies
49 Participants
Last post:
SaucebossLBZ 27 d ago
Chevy and GMC Duramax Diesel Forum
A forum community dedicated to Chevy and GMC Duramax diesel owners and enthusiasts. Come join the discussion about modifications, towing, classifieds, troubleshooting, maintenance, and more!
Full Forum Listing
Explore Our Forums
General Discussion Introductions 01-04.5 LB7 Duramax Powertrain Exterior Off Topic Forum
Popular Communities